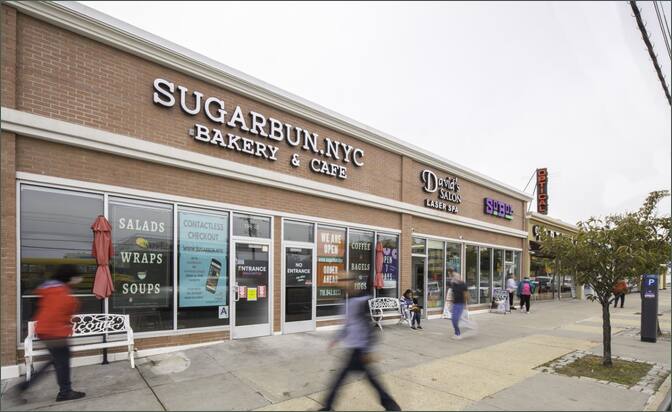 
Cross Bay Commons is prominently located in the heart of the main shopping district of Howard Beach in southwestern Queens, a predominantly middle-class neighborhood of single-family homes bordered by Jamaica Bay, Shellbank Basin and Hawtree Creek.  Surrounding retail includes recognized chains such as Petco, Stop & Shop, Chase, GNC, Lash Lounge as well as independent local retailers who have been in business for over 50 years.  Less than three miles from the regional Gateway Center complex in Brooklyn with over 45 big box retailers, national chains and restaurants.

Cross Bay Commons caters to local residents.  Historically a prominently Italian-American community, the area is home to numerous exceptional Italian restaurants and catering facilities which serve a much wider audience and draws visitors from outside the immediate area.

Served by numerous local and express buses, as well as the nearby Howard Beach-JFK Airport LIRR train station and the A subway.  Cross Bay Boulevard is a major north/south route which connects the heart of Queens at Rego Park with JFK airport and beyond to the Far Rockaways.