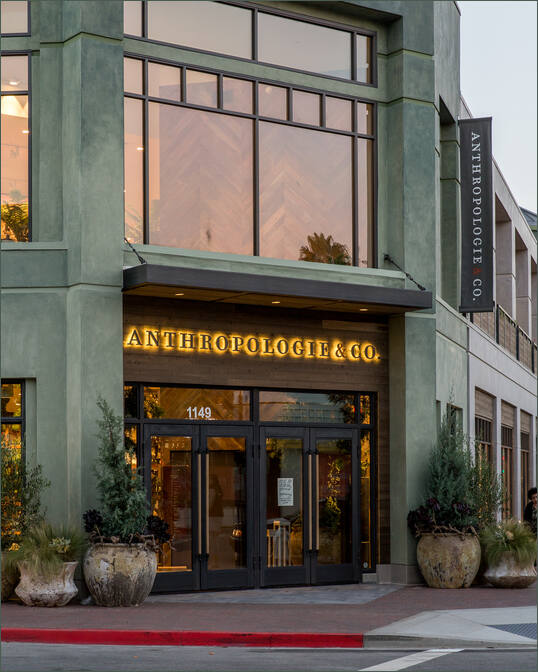 
Walnut Creek is a city in Contra Costa County, California, located in the East Bay region of the San Francisco Bay Area, about 16 miles east of the city of Oakland. Walnut Creek serves as a hub for its neighboring cities because of its location at the junction of the highways from Sacramento and San Jose and San Francisco/Oakland and its accessibility by BART. Its active downtown neighborhood features hundred-year-old buildings and extensive high-end retail establishments, restaurants and entertainment venues.

On the highly visible corner of South Main Street and Olympic Blvd is a rare flagship retail, occupied by Anthropologie, one of the strongest retail markets in northern California.  This centrally located corner building is adjacent to Tiffany & Co. and Apple, and faces Broadway Plaza, which includes Neiman Marcu, Nordstrom, Macy’s, Crate and Barrel and an outstanding collection of upscale specialty retailers.  The building is 30,954 rentable square feet on two floors, with 285 linear feet of frontage and underground parking for 93 cars.

Surrounded by premier merchants in a prominent setting at one of the busiest pedestrians and vehicular intersections in Walnut Creek, this property is one of the most desirable retail locations in the San Francisco Bay Area.