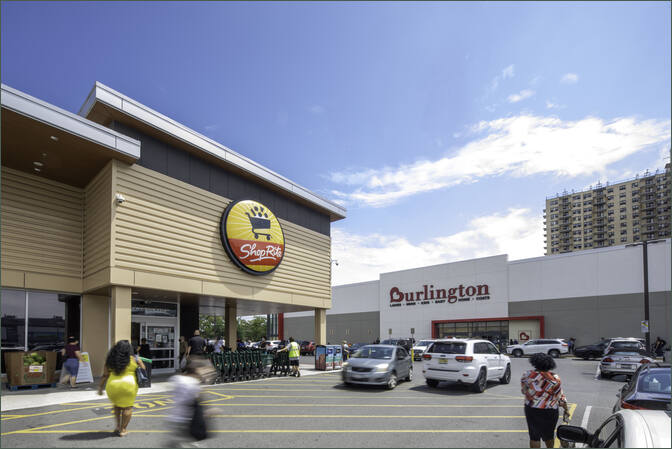 
Bruckner Commons is a 394,162 SF regional shopping center featuring ShopRite and Burlington. Located off the Bruckner Expressway (I-287), the center straddles Castle Hill, Unionport and Soundview - all densely populated neighborhoods. The center’s size, accessibility and parking attract shoppers from a larger, regional radius than most urban centers.

The recently announced addition of Target, which will open in 2025, is part of a larger repositioning of both Bruckner Commons and The Shops at Bruckner, which will now offer even more critical, essential retail to the community. In addition to new stores opening soon, a planned, multi-million-dollar investment will upgrade both properties through enhanced facades, new wayfinding signage, and improved walkability, ensuring that together they remain a central hub for the region.

Bruckner Commons is located off of the Bruckner Expressway in the heart of the Bronx. Within walking distance of this regional center are a variety of community attractions, such as Story Playground, Pathways to Graduation
High School, and Success Academy Charter School.

Located at the intersection of the Bruckner Expressway and White Plains Road, over 80,000 vehicles pass Bruckner Commons daily. Multiple local and express buses stop at or near the center and the #6 subway is a 15-minute walk away.